A Sense Of Wonder From Fantasy Travel 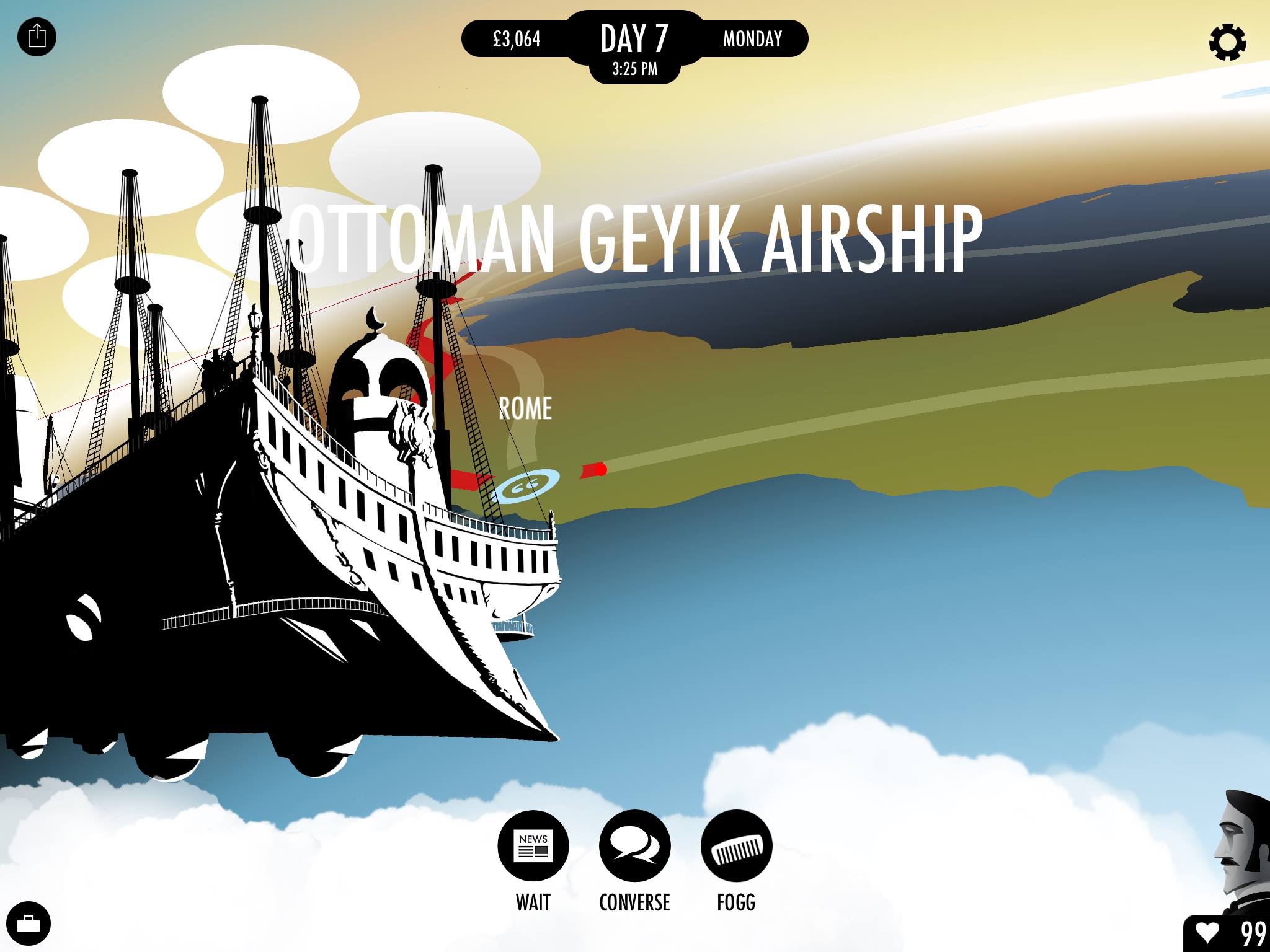 I’m really enjoying the mechanical marvels and rich cultural whimsy in this little game called 80 Days. You might know what I mean when I say that this flight of fancy is making me look at the real world in fresh ways…

The game is loosely based on the ol’ novel Around The World In Eighty Days, but with a steampunk twist and a really interesting blend of choose-your-own-adventure storytime and quick-reflex valise-packin’ strategy. It‘s pretty awesome.

Amidst all this is the overarching homage to humanity’s more majestic spirit: the grandiose visions of World’s-Fair-caliber creations, from zeppelins to amphibious trains, to walking cities… and beyond. The people you meet and their various social and political agendas are relevant and enthralling.

On one hand, it’s really fun to look at the world and say “what if?” What if those steep rocky islands had a hangout hut for jetpacking backpackers? What if there were a game of underwater submarine scooter polo going on right under our noses, under the waves? Stuff like that.

More importantly: this same framework of awe sparks a fresh appreciation for reality, doesn’t it? I mean: it’s so common to let that veil of mundane perspective wrap us up in ho-hum malaise. “Ho-hum, I dropped a peanut in my airline food.” When your imagination has been sparked and your wonder-sensors are active, it’s so much easier to appreciate things: “Wow, I’m on a flying machine which spans distances my ancestors never dreamed of, heading to a city where motorized bicycles are the norm while families of five (or more!) balanced on the back is perfectly typical.”

Life is a kaleidoscope of fantastic marvel, ain’t it? :-)