Your Life Can Take New Directions To Make Great Impact, Like Gary 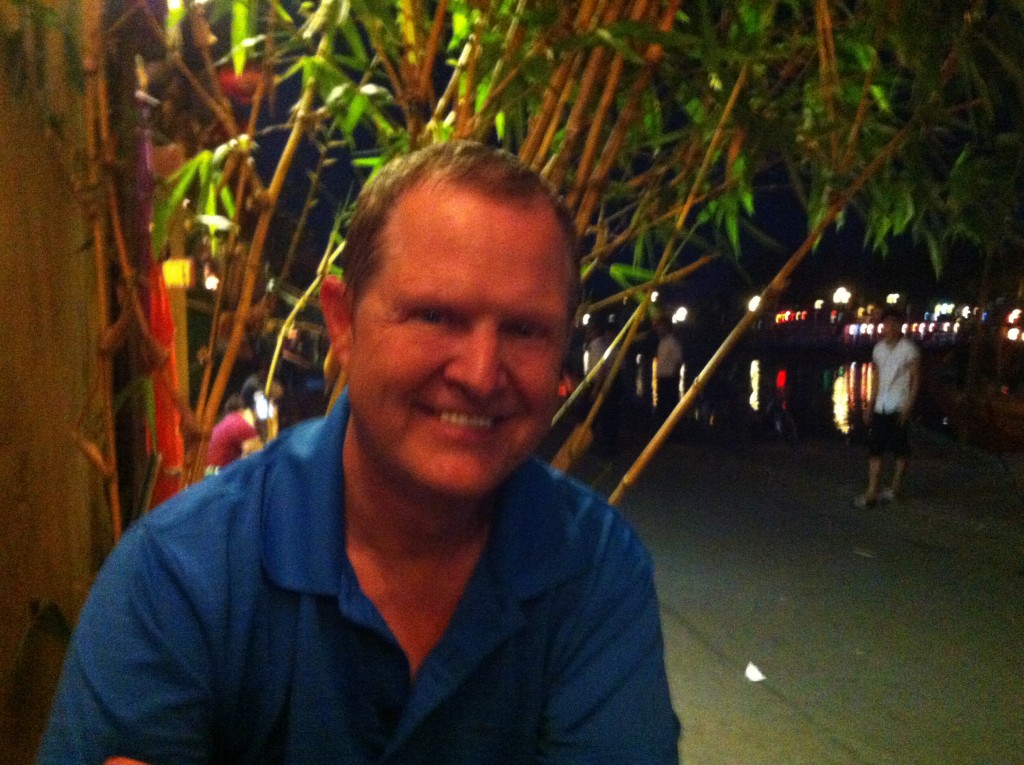 At first, Gary was just one of those people sitting nearby at the restaurant.  You know: you give a friendly little “hello” to someone sitting near you, and that’s usually the end of it.

In this case though, a bigger conversation came out of that friendly hello… which came to mean something bigger.

Life can be funny like that.  Sometimes things grow into more than expected. 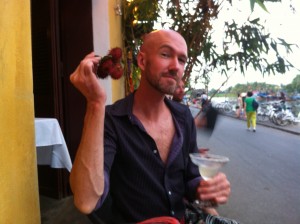 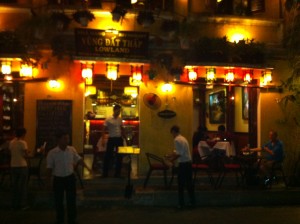 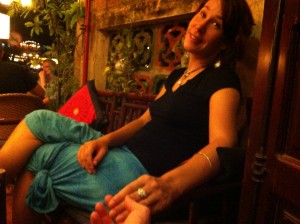 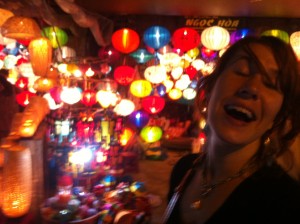 As we learned about Gary, and how he had moved from the USA to Thailand without any plan at all, and then ended up creating, running and growing one of the most impactful organizations for protecting children throughout Southeast Asia… we had to know more.  Not only has he found his calling (which for him it is spiritually inspired) — he’s also empowering others, too.

Naturally, we had to know more.

Hi Gary!  You’re a sizzling wonder not just because of the inspiring goals with your organization to help children in Thailand, Vietnam, and beyond… but also because your lifestyle has evolved in a fun and fulfilling way. What have been some of the awesomest ways you’ve been helping people?

My wife and I are living a life far different from originally planned! 11 years ago we had a terrific life… a beautiful new home (my wife’s dream), a terrific car (my dream), terrific friends, and a fantastic job working as a national manager for the world’s largest food company. What could be better?

2 months after a visit to Thailand, we listed our house for sale, quit the job, sold the car and flew to Thailand to become “God knows what” in hopes of making a difference in other people’s lives.

Although we were Christian people ‘of faith,’ we bit off quite a bit of that faith since we did not know exactly what we would be doing in Thailand.

I did have one point of revelation: We had no home. We had no job. We had no plan…. and we had just enough money to survive for one year. And, if we returned to the States, we had no home nor job to return to!

Some of our friends thought our decision to leave ‘the good life’ was in response to God’s calling… others just thought we were crazy. But something ‘inside’ of us told us that we were “supposed” to be in Thailand.

After a year of teaching English and pondering subtle thoughts such as “What the heck are we doing here??!!” we were faced with a crossroads: Do we return to America and find a couple jobs working the midnight shift at 7-11? Or do we stay and open an outdoor noodle stand on the corner of Thong Lo Road and 17th Street?

Truthfully, it wasn’t quite THAT bad… but we had the sense that God brought us to Thailand for a special reason… and we were getting tired of trying to figure it out!

Finally, we gave up… and gave in. We looked around, “smelled the curry”, and saw the look of quiet desperation on the faces of children.

Children in Thailand and surrounding nations are caught in a whirlwind of culture change. The results are poverty, hard drug use (by estimated 30% of primary school age children), child sex trafficking, and massive levels of child prostitution. Children were paying the price “for the sins of their fathers” (and, sometimes: mothers).

We now KNEW: THIS is why we came in Thailand.

We began a foundation called thinkSMALL Foundation. Over the past 10 years, we have hired and trained local teams to travel to Thailand’s northern mountains, eastern plains, southern beach cities, and throughout the slums and neighborhoods of Bangkok.

These teams have now reached over 125,000 children in Thailand, to empower them to stand against drugs and against exploitation in the sex and labor industries!

With the partnership of local churches, children in communities are growing in strength, resilience and power to resist exploitation and “re-claim” their own God-led destinies!

We use entertainment to reach and inspire the kids…. 1-hour variety shows including CLOWNS, DRAMAS, GAMES, MUSIC, SNACKS AND FUN! 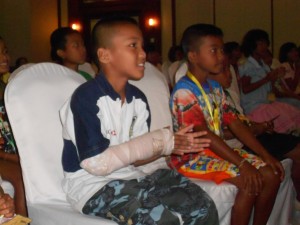 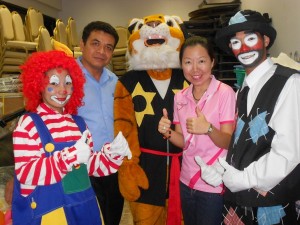 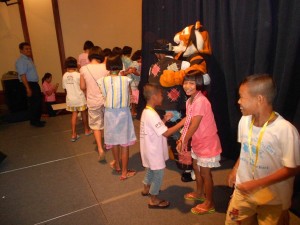 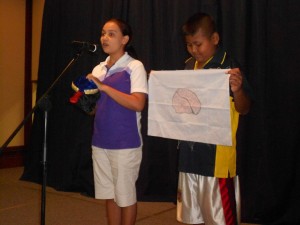 Local churches follow up with the kids, and give them the love and encouragement they often miss at home!

We train parents how to love and care for their children and protect them from people who would do them harm.

We have expanded to other neighboring nations and have learned one very important lesson:

There is no greater thrill to see the face of a child discovering HOPE for the first time.

Do you have a particular story that’s a favorite inspiration?

One of my favorite stories is about a 8-year-old boy named Moon. He lives in a small poverty-stricken northern Thai village. Most people give little thought to this village, let alone the people who live there. Moon is just one of a few hundred children whose future is undetermined.

Moon and his brother live with their Grandmother. He has been passed to her after his father committed murder and then took his own life. Things became not much better with Grandma. She beat Moon and his brother regularly, took him out of school, and sent them to work in the sugar cane fields to support her addiction to alcohol.

Moon walked 3 miles each day to the fields… without shoes. After purchasing alcohol, there was no money to pay for these “luxuries”.

But one day, something happened that changed his life. A thinkSMALL outreach team came to his village. Almost the entire village, including Moon, attended a thinkSMALL show! While most of the children laughed and participated freely playing games, watching illusions, laughing at the clowns, and dramas, Moon found the ONE thing he was missing in life… HOPE!

At the end of the program, Moon mustered his courage, and along with about 60 other children, he asked Jesus to help him. 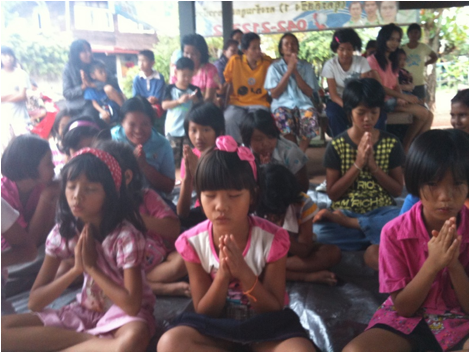 Through his relationship with a local church, Moon’s sadness began to lift. He found loving mentors and peace within his turmoil. He joined a Friday afternoon Kids Club and met other children as they played, learned and laughed their way into a new life!

Through the help of the church, Moon stopped working in the fields and now walks his way to school in his NEW SHOES… and returns home each day to help his grandmother as she attempts to live a drug-free life!

Today Moon has a vibrant walk with Jesus, attends school regularly, and is a member of a dynamic growing childrens’ church, the ONLY church in his village. 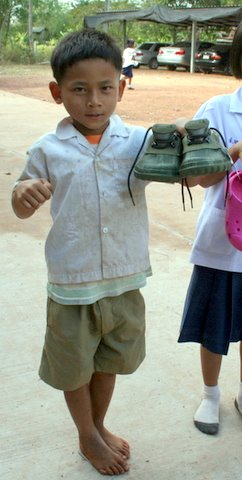 What has been bringing you happiness and delight, lately?

I’m filled with joy and inspiration! Living for a purpose beyond myself gives me that everyday!

What mindsets/habits do you recommend from inspirations?

Look beyond yourself. The saddest people I know are wrapped up in a constant effort to find the ‘latest and greatest’ ways to bring happiness. Once I learned to enjoy my life in every circumstance, and concentrate on helping OTHERS find happiness…my own happiness was found.

What mindsets/habits do you recommend from your heroes?

What is a useful approach for overcoming difficulty, blocks, and speed bumps in life?

Remember, failure is a central requirement for success. Thomas Edison tried thousands of times to create the incandescent light. He failed thousands of times. People laughed at him attempting to “do the impossible”! When he finally succeeded, a newspaper reporter asked him, “How did it feel to fail thousands of times?” Tom looked at him and said, “I DIDN’T FAIL!! I successfully discovered thousands of ways it wouldn’t work!!!” What would have happened if he stopped one try short of success?

Have an attitude of “learning along the way”, and knowing that as long as you keep moving, learning, listening, humbly and with confidence… that all WILL work out the way it is supposed to — which MAY not be the way you originally planned — but can be BETTER!! (Just look at me in Thailand!)

What accomplishments are you most proud of?

Most of my life, I lived a life completely centered on myself, my career and attempting to please ALL my impulses! Yikes! That is dangerous!! Before giving my life to God, I was successful in the eyes of many people (having owned 2 businesses and a great career; financially sound). Yet in my past I experienced drugs, loose sexual activities, too much bad food, too little love for others… Now I have less money than ever before, but a great purpose in life, a terrific marriage with a woman I am dedicated to… I suppose my greatest accomplishment was hitting a crossroads in life where I decided to finally listen to what was “right” instead of what was popular.

Self-respect is a great value in life, don’t you think?

I’m really excited about this! You’re a personal hero, and it’s a thrill.

You too!! It is an inspiration to see you and Ashley invest yourselves so willingly to help others!!! 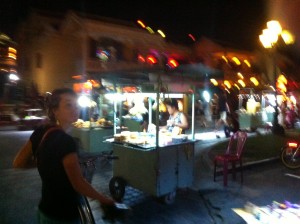 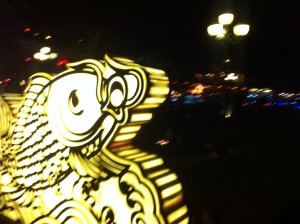 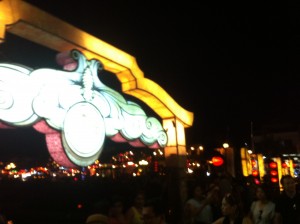 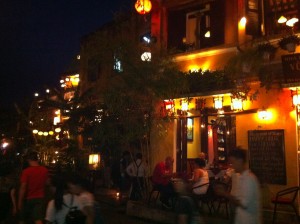