Developing Your Unique Writing Voice Is Easier Than You Think

I’m pretty lucky: I get to write about some awesome stuff with some even awesomer people. 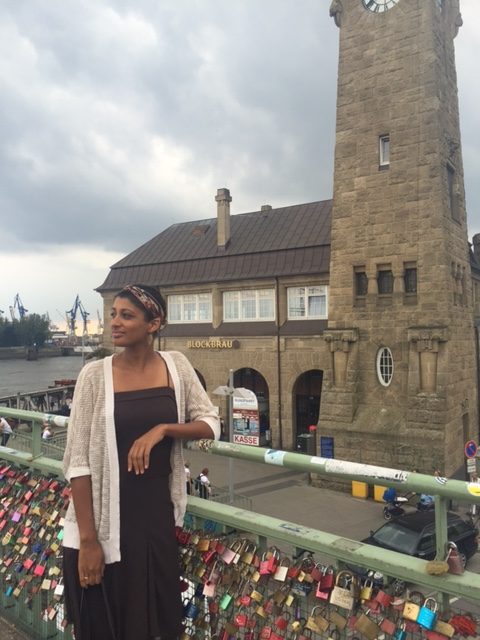 I’ve always loved to write, and I’ve done a lot of it, from academic writing to fiction to copywriting to blogging. But writing isn’t my primary career. I’m an opera singer — more on that here! So how on earth did I get this sweet gig? Well, to be honest, I’m still scratching my head about that one sometimes myself! But I’m told that what it really came down to was the fact that Curtiss and Ashley really liked my voice.

What’s a “voice” when it comes to writing?

It’s a combination of the types of words that a person uses and the ways that they put those words together that are specific and unique to that person. Some people have more formal writing voices while others are more casual, and we can usually adjust our language along that spectrum to fit whatever setting we find ourselves in.

That’s the simple answer, but in practice, sometimes it’s not so simple. Sometimes trying to get the jumble of words in your brain onto the page is like herding cats; even when you do manage to get them all to sit in one place, they just stare back at you disdainfully — right into your soul — and it’s all you can do not to crumble under the oppressive weight of their judgement. (For the record, I love cats. And words. But both can be cruel mistresses!)

Maybe you can relate. Maybe you already have a blog, but everything you write feels soulless and contrived. Or maybe you’re just starting out on your blogging adventure and the brilliance just isn’t flowing like you’d hoped it would. Most of the time, this has less to do with a lack of good ideas and lots more to do with the lack of a clear voice.

Believe it or not, this isn’t something that only the most gifted writers have — everyone has a writing voice. You might’ve heard that when you’re blogging, you should write the way you speak. This is generally true (with some caveats), but that’s often easier said than done too, especially if you’re not really used to writing anything longer than an email on a regular basis. So, what’s the cure for literary laryngitis?

Eavesdrop a little on the people around you while you’re on the subway, grocery shopping, or eating at a restaurant. Listen to the ways people talk in various settings. People can say the exact same thing in a lot of different ways. “That was very inappropriate,” and “Dude, that’s messed up,” both convey someone’s displeasure with a situation. You can probably even infer a little something about the person who is saying each of these statements. That’s because they’re both speaking with a distinct voice that hints at the person’s personality. 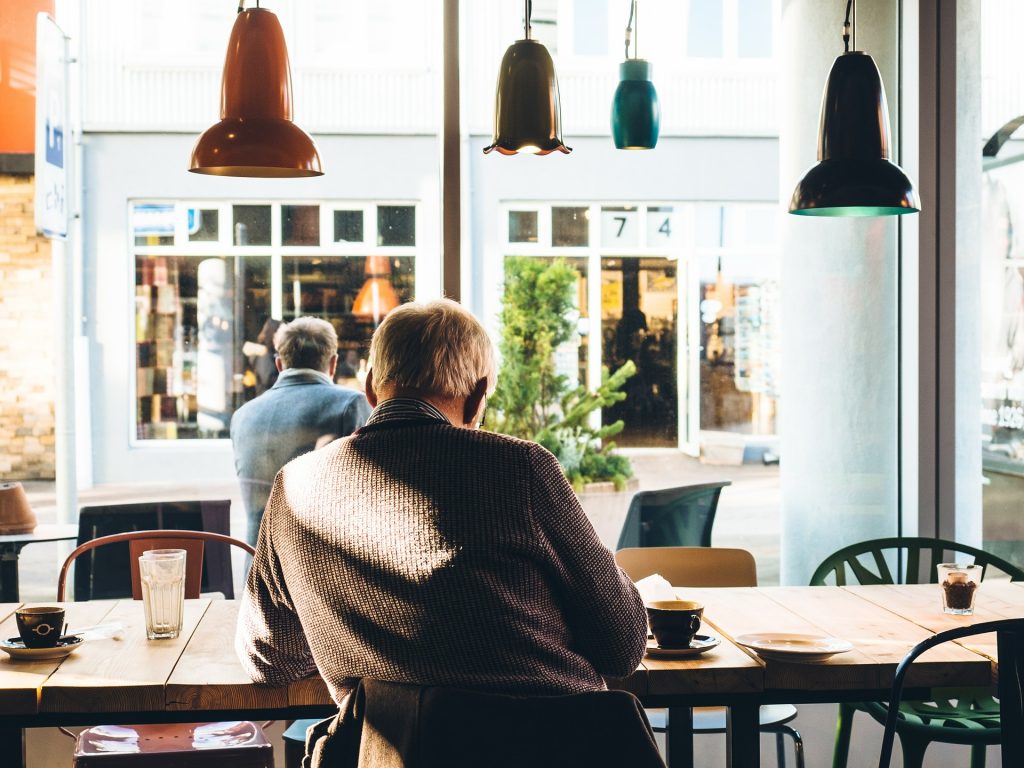 You’ve heard of people-watching, right? Try people-listening. And take notes! Jot down sentences you hear that you find particularly juicy or intriguing and try to figure out why they stuck out to you. Was it unexpectedly funny or witty? Did they play with hyperbole or made-up words? Did they go for shock value? Or say something in a particularly poetic way?

You can (and should) also be doing this with other blogs that are similar to the one you want to write (ie. Travel blogs, review blogs, etc) You definitely don’t want to copy anyone else, but you do want to get a feel for the genre and know what’s out there. Are there any similarities among the top blogs in your genre? Become a student of the limitless ways that people use language to tell the world who they are.

Become a student of the limitless ways that people use language to tell the world who they are.Click To Tweet

Once you’ve gotten a good start on that, turn those same study skills on yourself. Could you see some of those sentences you jotted down coming out of your mouth just as easily? How do people react to certain things you say? Especially note the things that make people laugh — was it funny because of what you said, or because of how you said it? Write it down! You can even ask your friends if you have any “isms”, or things that you tend to say that are unique to you. Take note of the nonverbal stuff too — There are actually ways to imply some of it in your writing (For example, the strategic use of ellipses goes a long way…).

The point is, become very self-aware about the way you use language to tell the world who you are. Mini-rewind: I said be self-aware, not self-conscious. You don’t need to change anything or become obsessive about it. It’s not necessary to be super slangy or edgy just because it’s popular. If that’s genuinely the way you speak, then go for it, but if not, don’t worry about it. It will only ring false to your readers if you try to force it, and that doesn’t do anyone any good. Just get comfy with analyzing your own speech patterns. They are a huge part of what makes you you. Who you really are is perfectly wonderful, and letting that come through in an authentic way is what’s going to capture people’s hearts and attention.

As boring as it sounds, a basic command of the English language (or whatever language your audience speaks) is pretty necessary for writing a blog that people will enjoy reading. We’ve all read things with choppy sentence structure and struggled to make sense of what otherwise could have been very informative or entertaining content. If your reader has to read a sentence multiple times to understand it, you’ve already lost your appeal and your credibility. And that’s really a shame, because I know you’ve got some awesome stuff to say!

Do you have to be a slave to grammar rules? Nope. In fact, it’s best if you aren’t, because most people don’t speak “correctly” all the time. If they did, I would never have been able to get away with starting so many of these sentences with “and” and “but” and ending them with prepositions! Sometimes you’ll use sentence fragments. Sometimes you’ll want to loosen the reins on punctuation rules for emphasis (Some people do this all. the. time.).

Most blogs are informal by nature, so you really can get away with a lot, but the main point is to make sure you can still be understood. If your intended audience is international, as it might be for a travel blog, it’s also a good idea to stay away from any slang that is especially niche or specific to any single country, so that all of your readers can be in on your hilarious jokes. So if you naturally tend to slang it up pretty hard, try to to use plain language to rephrase it or frame it clearly for those who don’t know the slang.

Finally, read everything you write out loud to yourself — preferably after stepping away from it for a while. Your ears will often pick up awkward phrasing in the morning that your eyes glossed right over the night before.

Don’t stop just because you don’t like something you’ve written. We’ve all been there, and we all come back there from time to time too. For one thing, we tend to be our own worst critics, so it’s probably not really as bad as you think it is. And for another, continuing to write and put yourself out there is how you continue to improve and fine tune your voice. 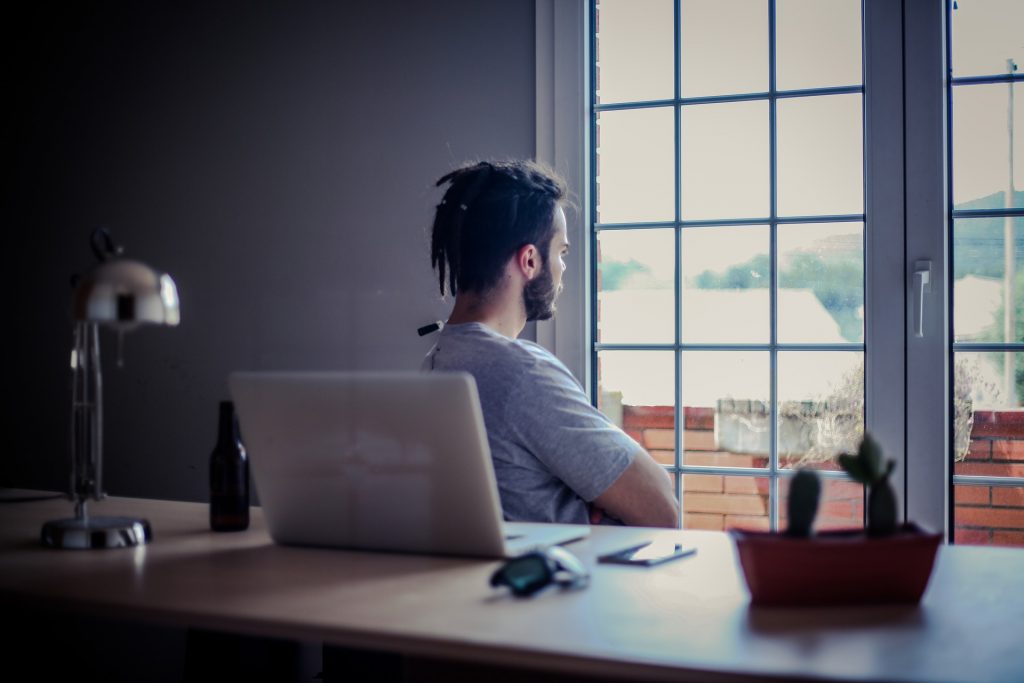 Remember: this is a process. Keep the mindset of a student — there is ALWAYS more to learn. I’m definitely still in process too. And remember: we’re blogging, not saving lives! Can we use it to improve lives? For sure. Is it still worthwhile and valuable work? Abso-freakin’-lutely. But it’s not worth it to wallow in the agony of watching your cursor blink on a blank page as you wait anxiously for inspiration to strike. Life’s too short for that! Just go with the starting points listed above, and have at it! Listen. Read. Analyze. Write. Share. Adjust. Rinse, lather, and repeat. Before you know it, your incredible, one-of-a-kind voice will start shining through with everything you write. You’ve got this!

Do you still have questions or something to add? Drop us a line. We’re here for you!